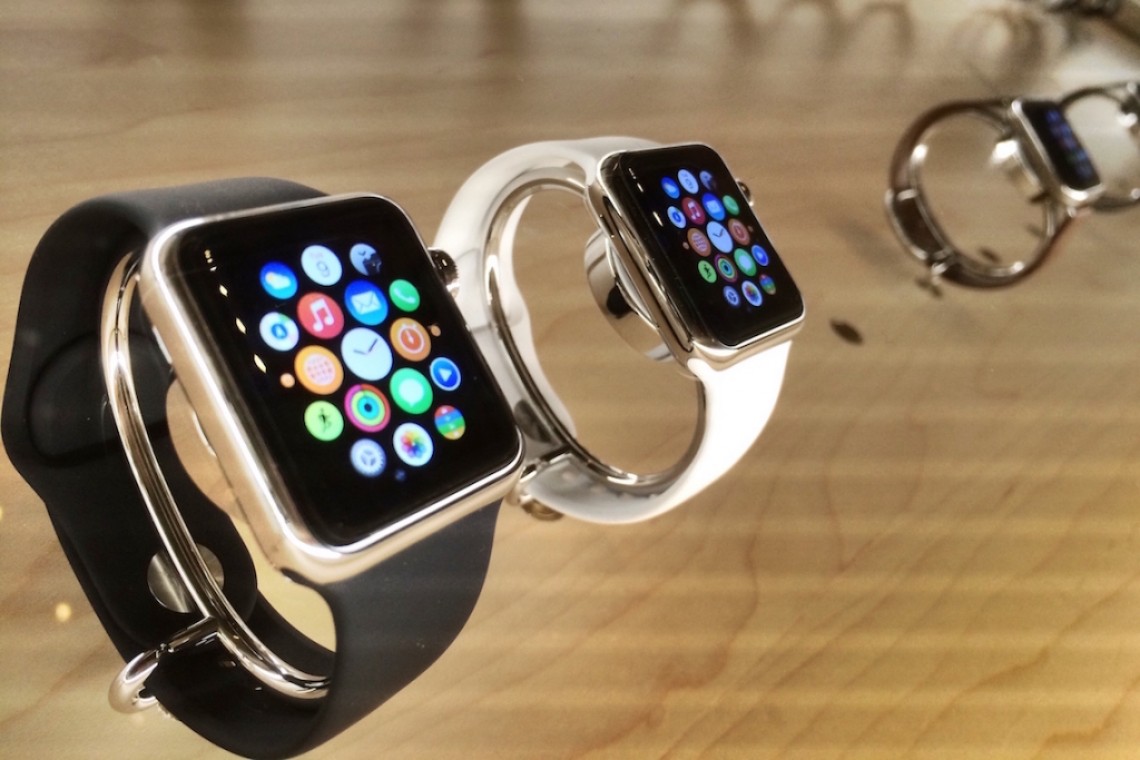 The Apple Watch – Tool or Toy?

The latest and greatest piece of technology out of Cupertino is making its way on to the wrists of many. With the festive season now over, and thanks to Apple’s marketing genius, you can’t walk too far without seeing the Apple Watch on the wrist of someone you know.

I’ve been living with the Apple Watch everyday now since October. Did I give in to consumerism, or four months down the line can I genuinely warrant the £339 spent? I originally purchased the Watch for its fitness functionalities (which I will describe below), alongside the fact that all notifications that would come to my phone would be seamlessly displayed on the watch.

Being a 4th year undergraduate dental student the majority of the week is spent in clinics. Having the ability to have a small ‘buzz’ on my wrist when an email comes through or any form of social media, is more than convenient. As co-president of the MDSS this year, there is no shortage of emails, texts or calls that come to my phone. In a busy clinical environment, it is simply unprofessional to attend to my mobile phone in the presence of patients.

No more angry Nurses staring at me with their deadly gazes from the other side of the room! There is no need to pull out my phone. Obviously, when treating patients the question of cross infection  control arises. I can’t keep the watch on my wrist, however keeping it in my tunic pocket with the occasional buzz attacking my hip lets me know something is going on, or someone is trying to contact me whilst still being able to concentrate on the job in hand, and keeping all the cross infection enforcers happy!

Let’s talk about some of the functionalities of the watch itself. The watch has a set of preloaded faces, these faces are the ‘first point of contact/interaction’ with the watch.

This has proved invaluable to me, I know exactly where, and what time I have to be at a meeting, clinic or class and it has most certainly made sure that I haven’t missed an extra session that has been timetabled in for myself such as, Oral Surgery or placements at Manchester Royal Infirmary.

If I swipe down I can catch up with all my messages on the go, again not a necessity, but certainly increasing productivity and organisation.

A nice feature of the watch is ‘GLANCES’. From the applications that are preloaded on the watch, alongside applications that can be downloaded from the App Store. With an upwards swipe I can access the latest world news stories, control the music I am listening to, review my heart rate and track my calories and steps for the day. These are to name but a few of the features of the watch, although still in its preliminary stages, the future of these features is very exciting.

I use the watch to track my biomechanics in the gym, calories exerted and heart rate patterns. The GPS functionalit
y means that alongside tis fitness functionalities and tracking the distances I jog. I can order taxi’s straight form my watch to my location. With Uber slowly taking over, a taxi can arrive to my location with only two clicks on my watch. It’s amazing how easy some tasks have become.

As a supporter of Manchester United, all notifications, team line ups, and the latest scores are delivered to my watch as a push notification – I can (try to) study or catch up with any work without the need to spend 90 minutes watching a game.

I am due to travel to the far east with a group of friends this summer. Trip Advisor have released an update where you can load their travel guides straight to your watch. This gives you turn by turn navigation via your watch screen. For example, I have found a ‘7 days in the Philippines’ tour on trip advisor. It can’t get much easier then your watch telling you where to go at no extra cost, with no need to carry around maps or anything of the sort, the marvels of the 21st century hey?

On the note of travelling, I found myself on many short flights around Europe over the past few months. No need to print your tickets off anymore! All tickets would be saved on my iPhone as e-tickets, in turn these would appear on my watch. At the airport I would simply take my wrist up to any ticket scanner and walk through the checks without faffing about with paper boarding tickets. Again, another example of how the apple watch can help keep one organised! Not a necessity in the slightest, and the stigma attached to wearing the apple watch and using your wrist as a boarding pass can occasionally turn curious heads. However, once you see how easy life can become with it, theres really no going back!

With big names such as Straumann recently using iPads to control their implant systems in a clinical environment, it won’t be long until the Apple Watch will play a similar role. As a dentist having the screen or read outs from an apex locator whilst estimating working lengths is a crazy idea, but can you imagine receiving the slight ‘buzz’ in your wrist when you are nearing the apex with your file, the possibilities are endless. Who knows what the future has to offer, but one thing is for sure, technology is advancing rapidly and I personally can’t wait to see what the big suppliers have in st
ore for us in the years to come!

As you have probably figured, the watch has most definitely become a part of my every day life. I treat it like a piece of clothing, in a way, never really leaving the house without it! It has made me more organised, fitter – as I enjoy using the health and fitness functionalities associated with it and generally a cool piece of tech to have. Albeit, in no way is this an essential piece of technology that everyone should go out and buy, it does make everyday tasks easier, making you better connected and increasing organisation.

The apple watch is in its preliminary stages, future models must include increased functionality and most of all a much better battery life, it wouldn’t be too bad if apple did something about the pricing either!