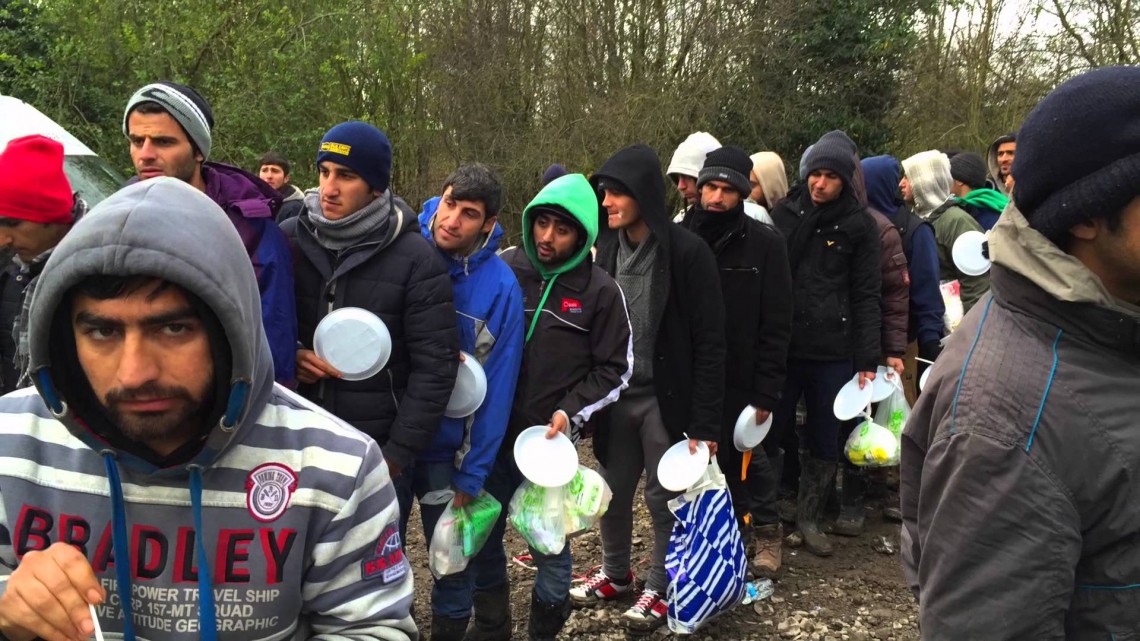 AA: So Vici, when did you go to Calais? Tell us all about your trip…

VF: Friday 12 – Sunday 14 Feb 2016 was spent with a group of qualified dentists, who carried out emergency dental care in a small caravan located within the camp.

AA: Tell us about the charity you went to Calais with?

VF: Whilst there are numerous charities and organisations set up in the refugee camps in Calais and Dunkirk, I did not go with them. Instead, group of dentists go out to the camps at weekends throughout the year to offer emergency dental care to the refugees. It is all done on a voluntary basis and funded by the dentists themselves. Social media has helped in created an infrastructure where we can help out at the camps, vital information can be shared as well as finding travel sharing options. This is where I found out about the opportunity to go to the camp.

AA: Tell us about the journey and who you went to see?

VF: I travelled down to Sutton where I met up with 3 qualified dentists who were helping out at the Calais refugee camp. Travelling together by car, we got the midnight ferry over to Calais. We stayed in a B&B close to the ferry terminal and headed to the camp early the next morning. There were armed guards at the entrance of the camp who checked our documents before letting us proceed into ‘the jungle’.

The camp was a lot bigger and busier than I was expecting, as well as a lot more developed. Whilst there was still a large number of tents, there was quite a few huts and make-shift shops selling toiletries, food and drink. We provided dental care but also went to local supermarkets with money donations and bought food items the warehouses had run out of, such as sugar, sweet corn and tuna. The warehouses create food packages on a daily basis for the refugees to ensure they stay well nourished.

VF: The conditions in the camp were awful! It was hard to believe we were still in Europe. There was one electricity generator for the whole camp to cater for the thousands, even so, I’m not entirely sure what the electricity was supplying. With no lights in the caravan, we had to carry out dentistry, a shock to the system but we had to rely on daylight and pen torches.

The toilets in the camp were not accessible to volunteers, but from all accounts, they 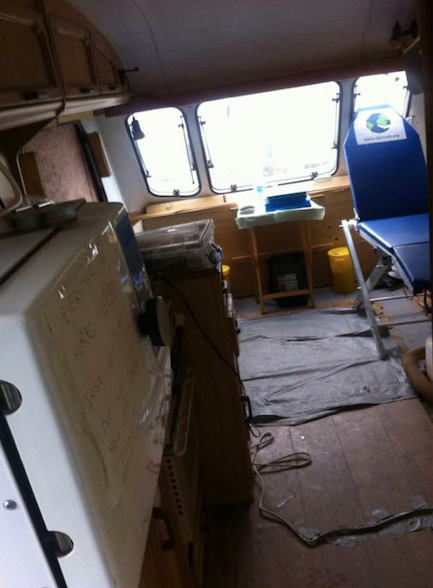 were not in a good condition and people were washing themselves outside in the cold.
AA: What dental care was provided?

VF: It is purely emergency dentistry that is carried out in the camp. There was no access to radiographic equipment or handpieces. We had to rely on visual assessment and excavators to remove caries. There was no curing lights or mixers, we were limited to using  temporary materials; cavit and glass ionomer cements which were far from ideal for the large MOD cavities being places, but better than providing no treatment at all.

There was a full selection of autoclavable instruments from cryers and luxators, to flat plastics and needle holders. All equipment and materials were donated by dentists and dental companies and whilst there were some shortages, I don’t think they’ll be running out of toothbrushes and toothpaste anytime soon!

To keep donations to what is necessary, each group of volunteers is asked to update the stock sheet after their trip so that the next group can take out only what is required, this helps prevent the caravan running out of essentials such as gloves and anaesthetic.

AA: A great experience overall, did you encounter any difficulties at all?

VF: No difficulties at all, a really humbling experience. The weather was terrible when we first arrived, the ‘dental caravan’ remained quiet for a while, but as the rain stopped more and more people began queuing for treatment, some of whom were in considerable pain, others just happy to see new faces and to have a chat. The day ran smoothly and was a real eye opener.

AA: Would you recommend others to go down to the jungle?

100%, I would most definitely recommend others to go to the refugee camps, not just the jungle, but all camps across Europe if the possibly arises. The refugees have had such a hard time getting to where they are now, and it was so rewarding to be able to help them out in anyway we could to make their life just that little bit easier, happier and less painful for a few days.

One weekend isn’t enough and the dental care relies solely on volunteers willing to go into the camp to help out the best they can, so the more volunteers that go, the more weekends dental care can be provided.

AA: Vici, has this changed your perception of what you hear on the news after witnessing the conditions firsthand?

Completely! The news has focused mainly on new refugees arriving on the shores of Greece and Turkey and hasn’t really mentioned the refugee camps and their conditions, so it is difficult to understand what it must be like for the refugees without seeing it firsthand.

I was fortunate, there was no hostility in the camp whilst I was there, however other groups of volunteers have reported violence throughout the camps between the refugees from different regions, and sometimes this can be quite extreme. The majority of the refugees we came across were in desperate pain yet so thankful and happy to have escaped their lives back home and were really grateful to any volunteers they came across, although with emotions running high it is not surprising that sometimes there are conflicts within the camp.

I was really sad to see the vast numbers of refugees who had to escape their homes! The conditions they were living in were shocking, however the small difference I made had a great impact on  many peoples lives, make sure you do it if you get a chance!

AA: Thanks for sitting down with us Vic and we look forward to hearing more about your charitable work and helping those in need. A powerful message for many healthcare professionals out there, help those in need whilst you have the power to!